We’re delighted to be on tour today sharing Alice-Jane’s thoughts for debut novel In The Company of Strangers by Awais Khan,

Mona has almost everything: money, friends, social status… everything except for freedom. Languishing in her golden cage, she craves a sense of belonging…

Desperate for emotional release, she turns to a friend who introduces her to a world of glitter, glamour, covert affairs and drugs. There she meets Ali, a physically and emotionally wounded man, years younger than her.

Heady with love, she begins a delicate game of deceit that spirals out of control and threatens to shatter the deceptive facade of conservatism erected by Lahori society, and potentially destroy everything that Mona has ever held dear.

In The Company of Strangers by Awais Khan is published by Book Guild Publishing Ltd and is available in digital and paperback formats.

In The Company of Strangers is a highly thought provoking and tragic story, focusing on love of friends, family and one’s culture and homeland.

For main characters Ali and Mona, the search for something more meaningful than their constrictive lives, comes when they meet one another.

Author Awais Khan, doesn’t just focus on this love, but the many consequences of this caused by such rigid societal standards and laws. The Lahori society is emphasised as a complex system of rules, championing chauvinistic conduct as an apparent cultural necessity.

The class division of wealth and responsibility is shocking and drives dramatic prejudices resulting in terrorism and death.

Khan has written about a world of turmoil and destruction, where wealth and safety are the driving forces for all.  This is still tempered with love, making the book highly enjoyable!

Awais Khan is a graduate of Western University and Durham University. Having been an avid reader and writer all his life, he decided to take the plunge and study Novel Writing and Editing at Faber Academy in London. His work has appeared in the Missing Slate Magazine, Daily Times and MODE, and he has been interviewed by leading television channels like PTV, Voice of America, Samaa TV and City 42, to name a few. He is also the Founder of The Writing Institute, one of the largest institutions for Creative Writing in Pakistan. He lives in Lahore and frequently visits London for business. 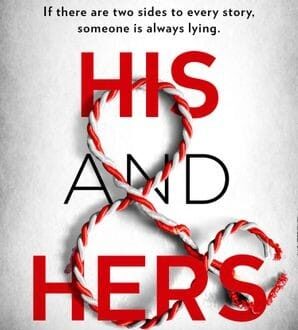 Thriller | His and Hers | Alice Feeney

Tips for writing a book review