I’m delighted to be sharing my thoughts on The Photographer of the Lost by Caroline Scott.

1921. The Great War is over and families are desperately trying to piece together the fragments of their broken lives. While many survivors have been reunited with their loved ones, Edie’s husband Francis has not come home. He was declared ‘missing, believed killed’ during the war, but when Edie receives a mysterious photograph in the post, taken by Francis, hope flares. And so she begins to search.

Francis’s brother, Harry, is also searching. Hired by grieving families to photograph gravesites, he has returned to the Western Front. As Harry travels through battle-scarred France, gathering news for British wives and mothers, he longs for Francis to be alive, so they can forgive each other for the last conversation they ever had.

And as Harry and Edie’s paths converge, they begin to get closer to a startling truth.

An incredibly moving account of an often-forgotten moment in history, The Photographer of the Lost tells the story of the thousands of soldiers who were lost amid the chaos and ruins, and the even greater number of men and women desperate to find them again.

The Photographer of the Lost by Caroline Scott is published by Simon & Schuster and from today, available to purchase in digital, hardcover and audiobook formats.  The paperback releases 25th June 2020.

The Photographer of the Lost is a powerful story.  There’s plenty of information around about WWI, fictional stories to pick up and important memorials for our ancestors who were killed in action.  But I hadn’t ever seen anything about those soldiers who were missing in action, believed killed.  To be honest I’ve never thought about it.  This story pulled me in emotionally as much about the lives of loved ones left scarred and not knowing as much as the romance (which is poignant on its own).

Caroline Scott takes her reader on such an emotional journey.  Both timelines (WWI and five years later) wind round each other.  Through Francis’ memories we understand more as the war progresses – reasons and motivations as well as guilt and holding back.  We witness scenes on the battlefield as well as the camaraderie between Francis and his brothers.  As Francis and Edie follow their separate paths on their search to find out where the photograph of Harry was taken we are introduced to others also on their own search or left emotionally and mentally broken from their experiences.  Heart-breaking.  Her writing places us in each and every scene making this story visual and visceral.

The Photographer of the Lost has affected me deeply.  I feel as if I have scoured those battlefields and experienced first-hand the trauma of everyone we meet.  A powerful story of despair, death but ultimately hope. Don’t miss it.

Co-incidentally, recently there was a Long Lost Family special episode : The Unknown Soldiers on ITV.  I cried.

You can read the press release here https://www.itv.com/presscentre/ep1week43/long-lost-family-special-unknown-soldiers

Caroline completed a PhD in History at the University of Durham. She has a particular interest in the experience of women during the First World War, in the challenges faced by the returning soldier, and in the development of tourism and pilgrimage in the former conflict zones. Caroline is originally from Lancashire, but now lives in south-west France. Twitter @CScottBooks 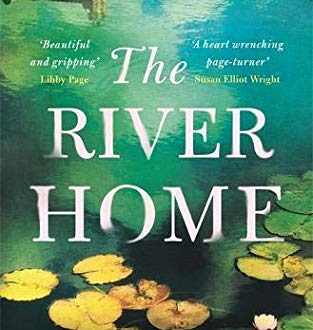 Romance | The Fall and Rise of Sadie McQueen | Juliet Ashton