We’re delighted to be on the Arrow tour sharing Elena’s thoughts about Secrets of the Railway Girls by Maisie Thomas. This is the second story in a series.

Click here to read our interview about The Railway Girls with Maisie Thomas.

The Railway Girls by Maisie Thomas is publishing 17th September in digital and paperback formats.

As the war continues and secrets threaten the railway girls, they will discover the true meaning of friendship.

For Dot, her job on the railways is everything. Transporting parcels around the country gives her pride that she is doing her bit for the war effort, but a growing friendship causes problems when home and work collide.

Joan loves her boyfriend Bob dearly, but when tragedy strikes, her heart is torn apart, and she is forced to make a decision that could hurt those she loves most.

Meanwhile Mabel has finally found a place to call home and her relationship seems to be going from strength to strength. However, the relentless bombing in the Christmas blitz is about to destroy everything she holds dear, and she will need her friends’ courage and generosity now more than ever.

Brought together by their work on Manchester’s railways, the three women find that with the support and encouragement of each other, they can get through even the most challenging of times.

Secrets of the Railway Girls is the second novel in the series after ‘The Railway Girls’ which tells the story of the lives of Mabel, Dot and Joan who work on the railway. It is November 1940 in Manchester and they’re in the middle of a war. Dot’s two sons are away fighting so she’s at home with her husband Reg. Joan has her boyfriend Bob who is the station porter and Mabel has a home now and a relationship with Harry.

I really enjoyed this book and learnt such a lot about the significance of the railways in Manchester during wartime. The three women so different from one another however there is such a lovely relationship and they are always there for each other. Dot was my favourite character as she is the eldest and wisest of them so serves as a sort of mother figure for the others.

The author has clearly researched the era and the inner workings of the railway and all that it took to keep the trains functioning. Her descriptions of the era are so detailed and thorough that I thought I was actually there working alongside the girls. Life was hard and I loved how women suddenly had a much more varied and important role to play as a consequence of the war.

I was shocked whilst reading about the Christmas blitz in the city. The devastation that it left behind was harrowing however the girl’s friendship sees them pull together through the challenges this brought, and this makes the book a really uplifting and enjoyable read.

Maisie Thomas was born and brought up in Manchester, which provides the location for her Railway Girls novels. She loves writing stories with strong female characters, set in times when women needed determination and vision to make their mark. The Railway Girls series is inspired by her great Aunt Jessie, who worked as a railway clerk during the First World War. Maisie now lives in beautiful North Wales with her railway enthusiast husband and their two rescue cats. They often enjoy holidays chugging up and down the UK’s heritage steam railways. Twitter : @MaisieThomas99 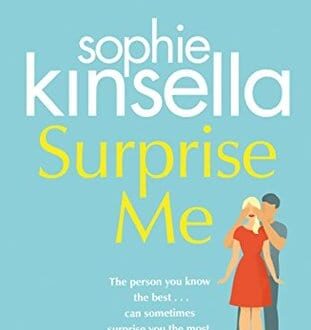 Children’s Fiction | The Words That Fly Between Us | Sarah Carroll