I’m delighted to be the first stop on The Devil’s Feast blog tour.

The Devil’s Feast is the third novel in the Blake and Avery Mystery Series publishing in e-book and hardcover on 27th October.  Today, find out about the real Victorian celebrity chef, author M J Carter’s inspiration for the series and some great writing tips.

M. J. Carter is a former journalist and the author of the Blake and Avery series. The first in the series, The Strangler Vine, was shortlisted for the Crime Writer’s Association’s New Blood Dagger Award and longlisted for both the 2015 Bailey’s Women’s Prize for Fiction and the Theakstons Old Peculiar Crime Novel of the Year. The next in the series was The Printer’s Coffin (formerly published as The Infidel Stain) followed by The Devil’s Feast.

M. J. Carter is married with two sons and lives in London.

Please summarise The Devil’s Feast in 20 words or less.

London 1842. A horrible death at a gentlemen’s club. A famous chef. Accidental death, murder? Or something even more sinister?

What was the idea/inspiration for your novel?

It’s the third in my mystery series set in the 1840s —a fascinating decade, full of change and turmoil (horses to railways, letter to telegraph), with lots of parallels with now—featuring my detectives Jeremiah Blake and William Avery. But each is set in a different ‘world’ of the period.

In the course of my research I discovered the Victorian chef Alexis Soyer who really was the first great celebrity chef, an amazing guy who just practically walks off the page: he’s so vivid and funny and eccentric and brilliant. I decided the next book must be about him and Victorian food. At the top of the tree in Victorian London were the rich Gentlemen’s Clubs, the grandest and newest of which was the Reform Club where Soyer worked; at the bottom were the London poor, who lived in some of the worst conditions ever known to man, during a period of great depression. I just couldn’t resist.

Please tell us about the characters in The Devil’s Feast.

My two detectives —or inquiry agents as they were called then— are Jeremiah Blake and William Avery. Blake is the older man, brilliant, taciturn, working-class and self-educated and instinctive loner and rebel. William Avery, an ex-soldier from Devon, is his younger posher, slightly bewildered, side-kick. He is slightly naïve, stupidly brave, and —almost despite himself—deeply admiring of Blake.

The guest-star as it were, is the chef Alexis Soyer, a real-life character who really was the most famous chef in England. The newspapers called him ‘the Napoleon of Food.’ Soyer is a gift to a writer. Apart from being a brilliant, inventive chef, he was an irrepressible, joyous, sometimes ridiculous figure, manically energetic, crazily ambitious, enthusiastic about everything; appallingly sycophantic to the rich; a shameless self-publicist, dreadfully pretentious, and very big-hearted. He dressed in lavender-coloured velvet suits, wore at least two rings on every finger and never appeared in public without his hat set at a precarious angle on his head, which he called a la zoug zoug. I had to write about him.

Did you do any research for your book Miranda?  What resources did you use?

I always research. My books are always set in the past and I’m a historian by training and nature (or even obsession). I read mainly— as much as I can, I’m good at absorbing a lot of information in a relatively short time.  Biographies, histories largely. Sometimes archives but usually that’s more than I need. Research gives me background but I also find it invaluable for plot: I find plot hard, and this kind of reading gives me all kinds of ideas for where to take my characters and what I can do with them that also sounds plausible in the context.

Did you travel to any places?

My first mystery was set in India and so I went there to the state where the book is set. Just going through the countryside, taking the routes my characters would have, seeing the landscape and the plants, feeling the heat and the kind of humidity gave me so much, I don’t think I could have written it without this.

For the books set in London like The Devil’s Feast, a lot has changed where they are set (around the West-end and The Strand), but still I’ve spent a lot of time walking round the area, up and down Pall Mall where the Reform Club still stands. And I’ve visited and walked through its kitchens and grand rooms and long silent corridors. It gives you an indefinable thing, a kind of confidence about what you’re doing which I think translates onto the page.

Do you have a most creative time of day?

Definitely the morning. Even if I’ve slept badly I write better in the morning than the afternoon, though I’ll always write on too late and have to rewrite the next day.

Panster or a plotter?

A bit of both. I try to plan as much as possible because it definitely makes me write faster, and if I didn’t I think I’d be all over the place, going up blind alleyways. But I find plot really hard and it doesn’t just come to me, sometimes I feel as I have to drag it out of my nostrils —yes, ow! I would love to be able to plan more and better before I start writing but I never can. However, the plot definitely gets better and more refined as I write, but it does take longer.

The Devil’s Feast is part of a series, what is in the future?

My next Blake and Avery will be set in New York in 1842 — which was the year Charles Dickens visited the States and wrote a brilliant book called American Notes—so vivid!

I can’t give away the plot but New York in the 1840s was thrilling—still relatively small but one of the biggest cities in America, bursting with pride about itself and also feeling very much the underrated younger sibling to Britain. The new rich were building mansions on 5th Avenue, the poor lived in terrible slums at the 5 Points. Lots of corruption and race politics, and financial wrong-doing….so different from now!

Finally Miranda, are there any tips you could share with new writers?

Always aim first for clarity, work to make your meaning as clear as possible— it’s a good way of making sure you know what you’re trying to say too.  Start plain, embroidery comes later, if it’s needed. Be brutal about cutting out the boring bits, repetitions and too many adjectives and adverbs. Be your own harshest (but constructive) critic.

Thank you for being my guest today.

Wishing you success with all your creative projects Miranda.

For lovers of Sherlock, Shardlake and Ripper Street. A hugely enjoyable heart-pounding Victorian thriller- murder, a celebrity chef and a great detective double-act.

London, 1842. There has been a mysterious and horrible death at the Reform, London’s newest and grandest gentleman’s club. A death the club is desperate to hush up.

Captain William Avery is persuaded to investigate, and soon discovers a web of rivalries and hatreds, both personal and political, simmering behind the club’s handsome façade-and in particular concerning its resident genius, Alexis Soyer, ‘the Napoleon of food’, a chef whose culinary brilliance is matched only by his talent for self-publicity.

But Avery is distracted, for where his mentor and partner-in-crime Jeremiah Blake? And what if this first death was only a dress rehearsal for something far more sinister?

Available to purchase from:

and all good bookshops 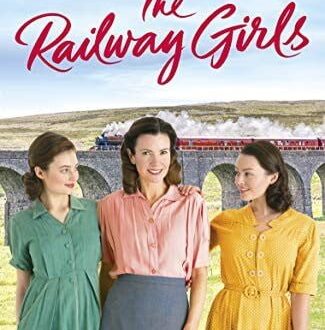