The Language of Flowers
A debut novel
by Vanessa Diffenbaugh
The Victorian language of flowers was used to express emotions: honeysuckle for devotion, azaleas for passion, and red roses for love. But for Victoria Jones, it has been more useful in communicating feelings like grief, mistrust and solitude. After a childhood spent in the foster care system, she is unable to get close to anybody, and her only connection to the world is through flowers and their meanings. Now eighteen, Victoria has nowhere to go, and sleeps in a public park, where she plants a small garden of her own. When her talent is discovered by a local florist, she discovers her gift for helping others through the flowers she chooses for them. But it takes meeting a mysterious vendor at the flower market for her to realise what’s been missing in her own life, and as she starts to fall for him, she’s forced to confront a painful secret from her past, and decide whether it’s worth risking everything for a second chance at happiness.
~~~~~~~~~~~
The story begins in present day.  Victoria is eighteen and leaving the group home to go to a Gathering House (where she will live rent free for three months which should give her a chance to find a job).  The other girls in the group home have given her a not very pleasant birthday present to wake up to and we get to learn of Victoria’s recurring nightmare.
The chapters alternate between Victoria’s time being fostered by Elizabeth when she was nine and the present day.  I thought this worked really well as each story builds in intensity and leads us to a point where past and present collide.
Living with Elizabeth, we gradually see Victoria becoming the child she really could be.  She tests Elizabeth with her anger and her rage and it’s the way Elizabeth responds that leads to Victoria starting to believe in herself and accepting it might be possible for someone to love her.  It is with Elizabeth that she learns the language of flowers and while being home schooled by Elizabeth, she also learns the science.   We become aware of a feud between Elizabeth and her sister Catherine.
At eighteen, Victoria is so wary of people and life ………….. she reminded me of an injured animal.   The total fear towards intimacy and friendships.  The deep mistrust of life.  She doesn’t trust herself in having any relationships because she’s been taught by the system that she ruins everything and is not worth being loved.
The way Renata, the local florist, offers her a job is so matter-of-fact.  Their relationship works well purely because there are no questions and very little interaction.  I enjoyed the mystique that grew around Victoria as her reputation spread of being able to choose flowers that would make a difference in others lives.
The way the mysterious vendor at the flower market communicates with Victoria (through the message of flowers) was brilliant.    I loved the way their friendship also came across as matter-of-fact.  They just accepted each other despite their own deep wounds.
At one of those vital turning points in the story, the author very cleverly has a chapter on the past ending with Victoria in a crisis while the following chapter on the present also has Victoria in a similar crisis.  A reflection of each other – both making a huge impact on her life.
My intrigue was kept alive almost to the end of the book – it kept me avidly focussed.
For me, the Language of Flowers is a powerful story of the feminine principle in our culture – woman as nurturer – and no matter how flawed we think that love is, it is often enough for us to function in the world and to become our own person.  It is also about family and what holds it together/tears it apart and of course the language that the flowers speak – the messages that can be given.
The ending was exactly how I wanted it to be.
The Language of Flowers is published by Macmillan and is available to purchase in digital, paperback, hardcover and audiobook formats.

Vanessa Diffenbaugh was born and raised in California.  After studying creative writing, she went on to teach art and writing to youth in low-income communities.  She and her husband PK have three children: Tre’von, 18, Chela 4, and Miles, 3.  Tre’von, a former foster child, is attending New York University on a Gates Millennium Scholarship.  Vanessa and her family live in Cambridge, Massachusetts.
Literary Fiction on Jera’s Jamboree
Shares 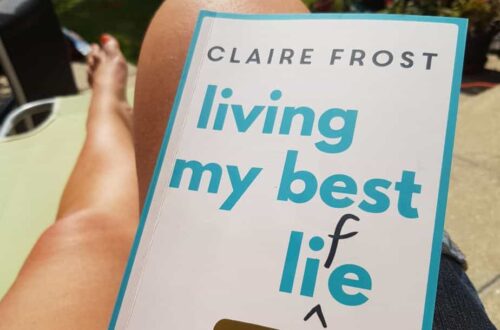