We’re delighted to be on the HQ tour sharing Elena’s thoughts about Where Ravens Roost by Karin Nordin.

Where Ravens Roost: the most gripping and addictive crime thriller of 2021 for fans of Angela Marsons and J M Dalgliesh (Detective Kjeld Nygaard, Book 1)
Buy on Amazon

Detective Kjeld Nygaard is from the small village of Varsund in northern Sweden. At the start of the story we learn that he has been suspended from his role in Gothenburg due to an incident surrounding his previous case. With time on his hands he’s at a loss as to what to do. One day he receives a terrified phone call from his father, Stenar, who he hasn’t seen for years due to a family argument and, perplexed, decides to visit him.

After a lengthy drive he arrives at their childhood home and is greeted by his sister, Sara, who explains that Stenar is suffering with Alzheimer’s and that the panicked phonecall must have been due to a figment of his imagination. He’s happy to put it down to his father’s diminishing lucidity but then Stenar stuns them both during a moment of clarity: he witnessed a murder at the barn where he keeps his ravens.

At the same time, we are told of the town’s only major company and employer Normalm Industries, which is run by Peter and Roland Lindquist. There is a simultaneous storyline based around Roland (who has been tasked with being in charge of the company in Peter’s absence). I couldn’t guess how the two storylines would merge but they do and eventually we discover how they are linked, in a surprising and intriguing way.

The author’s use of language to set the scene and to draw the reader in is fantastic and she captures the setting beautifully and realistically.  It is so gripping and intriguing and the atmosphere is dark and mysterious.

Where Ravens Roost has some brilliant characters. Kjeld was my favourite and I particularly enjoyed the relationship between him and his partner Esme. He is flawed and complex but it makes him realistic.

I thought the author dealt with Stenar’s Alzheimer’s with sensitivity, capturing the cruelness of the disease and the hardship faced by Sara who is caring for her father.

The ravens are a great addition to the story and really enhance the creepiness of the scene that Stenar witnesses in his barn. I loved trying to guess who the victim was and the reasons behind the crime, and wasn’t disappointed with the outcome.

Karin Nordin has been a compulsive reader of thrilling stories since childhood and discovered her love of Scandinavian crime fiction during summers spent visiting family in Norway and Sweden. She has worked in healthcare and education, including as a pharmacy technician, karate instructor, and an English language teacher for the Dutch military. She completed the Creative Writing MSc from the University of Edinburgh with Distinction in 2019 and also holds an MA in Scandinavian Literary Studies from the University of Amsterdam. Born in ‘The Biggest Little City in the World’ and raised in America’s Rust Belt, she now lives in the Netherlands. 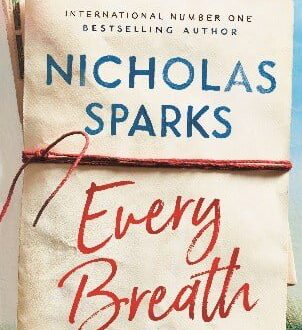