We’re delighted to be sharing Elena’s thoughts about The Flip Side by James Bailey on the Penguin tour today.

The Flip Side by James Bailey is available to purchase in digital format. Audiobook releases 24th September. Paperback releases in November.

It‘s love . . . what’s the worst thing that could happen?

When Josh proposes in a pod on the London Eye at New Years’ Eve, he thinks it’s perfect.

Until she says no.

And they have to spend the next 29 excruciating minutes alone together.

His life is falling apart.

Realising he can’t trust his own judgment, Josh decides from now on he will make every decision through the flip of a coin.

Maybe the coin will change his life forever.

Maybe it will help him find the girl of his dreams . . .

Josh proposes to his girlfriend Jade on New Year’s Eve in one of the capsules on the London Eye. Sure that she will say yes, he gets down on one knee and she says…..No. She stuns him by revealing she’s met someone else and as he works in her father‘s hotel he’s also now jobless and the flat they share belongs to Jade. To top it all off he’s also homeless.

Depressed and dejected, he moved in with his parents and and is at a loss as to what he’s going to do with the rest of his life. His two best friends Jessie and Jake do their best to help him through and on a whim he decides to base every decision in the next year on the outcome of flipping a coin. Everything from what he should eat to what he should wear is left to fate. What has he got to lose?

One day whilst cheering Jesse on in her marathon he meets the girl of his dreams by chance but he loses her amidst the marathon crowd and he thinks he’s lost her forever – he doesn’t even know her name! With the help of his friends and his coin he embarks on a quest to find her based on the limited snippets of information he managed to glean from her. His journey takes him from Munich to Amsterdam and Paris.

I absolutely adored this book. From start to finish I got completely swept away and felt like I was friends with all of the characters. There are some really funny moments I laughed out loud and smiled throughout, and equally there is sadness and heartbreak.

The author manages to create some truly hilarious characters – my favourite being Eva, his official tour guide in Amsterdam. They are all characters I’d love to be friends with and I found the concept of flipping a coin to make decisions interesting.

I can totally imagine seeing this in the cinema. I really felt that I was travelling with Josh and experiencing the sights and sounds with him.  I willed him to find the girl of his dreams.

The Flip Side is a brilliant novel which I thoroughly recommend!

James Bailey was born in Bristol, and currently lives and works in his home city. A graduate of King’s College London, James has previously carried the Olympic Torch, made a speech at the House of Commons, and worked as a red carpet reporter. The Flip Side is his debut novel. James can be found on Instagram @JamesBaileyWrites, and at www.JamesBaileyWrites.com

Children’s Fiction | The Words That Fly Between Us | Sarah Carroll

Historical Fiction | All the Flowers in Paris | Sarah Jio 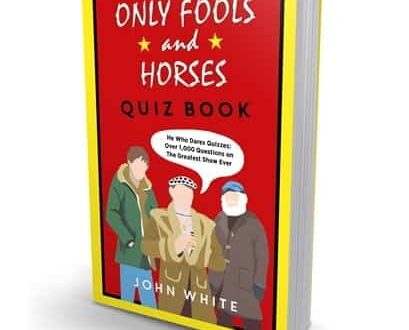 Review | The Only Fools and Horses Quiz Book | John White