Having read (and loved) The String Diaries and Written in the Blood I’ve been eagerly awaiting Stephen Lloyd Jones next novel.  Did The Disciple measure up to my expectations?

On a storm-battered road at the edge of the Devil’s Kitchen, a woman survives a fatal accident and gives birth to a girl who should never have lived.

The child’s protection lies in the hands of Edward Schwinn – a loner who must draw himself out of darkness to keep her safe – and her arrival will trigger a chain of terrifying events that no one can explain.

She is a child like no other, being hunted by an evil beyond measure.

For if the potential within her is realised, nothing will be the same. Not for Edward. Not for any who live to see it.

It didn’t take me long to become emotionally invested in Edward Schwinn.  Living outside of society he is a typical wounded hero who is perfect for the responsibility of keeping Piper alive.  My only problem was trying to work out whether this was a good thing …

As with Stephen Lloyd Jones’ previous two novels there are many pulse pounding moments throughout the years that follow in The Disciple.  7 years after Piper’s birth, they’re living in Stallockmore, County Mayo.  It’s not an easy life on the farm for Edward and all it takes is one incident before they’re on the move.  9 years later they’re in Gorges du Tarn, Southern France.  Piper is coming up to 16 and in love.  I tentatively began to trust her, despite Jolyon Percival’s dream artwork.  This all sounds quite tame doesn’t it! but don’t let me mislead you.  From the beginning of the story with the destruction of the convoy carrying pregnant Grainne and the deaths at Aberffraw Hall there is much pain, fear, blood and gore.

There is a fabulous pace to the plot and settings that come alive.  Through narrations of Edward, Aidan Urchardan, Jenna Black, Jolyon, Orla and Pastor Benjamin D Pope we find out more about the 8 year cycle of cadalach at Samhain, the Balla-dion, Cathasach, Beo-Iobairt and the mythology.  Leaving each narration on a cliffhanger meant The Disciple was a story that was extremely hard to put down!

What happens on the Island was mind blowing.  What I wasn’t expecting was how much the scenes with Edward and Piper would affect me.  And the scene with Therron Vaux and Jolyon was very emotional too.  My imagination went wild when I looked up at the skies alongside everyone else.  But I’m still not sure whether it was a good thing or not! I would quite like to experience the Bliss myself 🙂

Stephen Lloyd Jones has written another tense and pulse pounding read that will catch your imagination, propel you to a different world and make you wonder if there is more to the earth than we see with our eyes.

According to Stephen Lloyd Jones’ author page on Headline, The String Diaries and Written in Blood have been optioned for TV.  How awesome would that be if it happens! 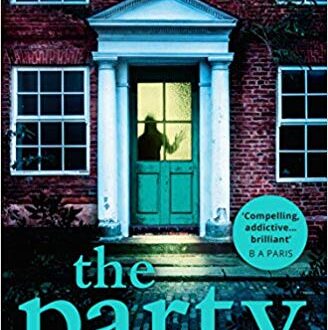