I’m delighted to be sharing my thoughts on The Giver of Stars by Jojo Moyes.

The greatest love story is the one you least expect . . .

Alice is stifled, bored, and misunderstood.

So when she meets wealthy and handsome American, Bennett Van Cleve, she is quickly swept off her feet.

Marrying him and moving to America seems like a great adventure – but life as a newlywed in stuffy Baileyville, Kentucky, is not at all what she hoped for.

Until, that is, she responds to a call for volunteers to start a travelling library, surprising herself by saying yes, before her husband can say no . . .

Led by feisty and rebellious Margery O’Hare, this unlikely group of women travel far and wide on their mission to bring books and reading to those that need it, and Alice finally finds the freedom, friendship and love that she’s been looking for.

But not everyone approves of what they are doing, especially her new father-in-law. And when the town turns against them, will their belief in each other and their work be enough?

The Giver of Stars by Jojo Moyes is published by Michael Joseph and is available to purchase in digital, hardcover, paperback and audiobook formats.

I enjoy fiction based on fact and Jojo Moyes brings this time in American history and the packhorse library to life.

All of the characters add a mix of colours to the harshness of the setting.  Margery, Alice, Isabelle, Beth and Sophia are the volunteers for the packhorse library.  None of them fit neatly into pigeon holes in the community at Baileyville.  The experiences they have drew me in emotionally to experience life (and the prejudices) alongside them.  How I love a story that can provoke such a diversity of feelings! The growing bond between them is tested and their unity is represented by an intense scene that raised the hairs on the back of my neck.

The harshness of the setting is replicated at first by the reactions they receive from the majority of recipients of the books (and those in the community who think it’s a waste of money to educate others).  But as the bond grows amongst themselves it also grows between themselves and the members of the far-flung community.  Beautiful friendships develop that support and enrich lives.  On the one hand you have the prejudice and the shadows but on the other, there is hope and love.  Each of the women learn about themselves and what they are capable of as they grow and develop.  I’ve no doubt you will be inspired by their strengths as much as I was.

The Giver of Stars is one of my top reads this year.  Highly recommended!

Jojo Moyes is a novelist and journalist. Her books include the bestsellers Me Before You, After You and Still Me, The Girl You Left Behind, The One Plus One and her short story collection Paris for One and Other Stories. Her novels have been translated into forty-six languages, have hit the number one spot in twelve countries and have sold over thirty-eight million copies worldwide. Jojo lives in Essex with her husband and their three children. Twitter @jojomoyes 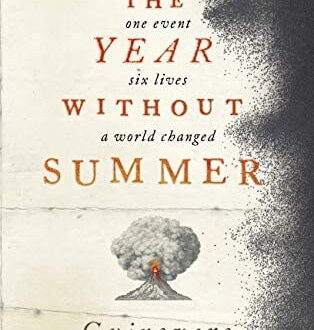