Last year I really enjoyed Anna Mazzola’s debut, The Unseeing.  I was excited to see where this author’s writing would take her readers next and couldn’t wait to get started on The Story Keeper.

From the author of THE UNSEEING comes a sizzling, period novel of folk tales, disappearances and injustice set on the Isle of Skye, sure to appeal to readers of Hannah Kent’s BURIAL RITES or Beth Underdown’s THE WITCH FINDER’S SISTER.

Audrey Hart is on the Isle of Skye to collect the folk and fairy tales of the people and communities around her. It is 1857 and the Highland Clearances have left devastation and poverty, and a community riven by fear. The crofters are suspicious and hostile to a stranger, claiming they no longer know their fireside stories.

Then Audrey discovers the body of a young girl washed up on the beach and the crofters reveal that it is only a matter of weeks since another girl disappeared. They believe the girls are the victims of the restless dead: spirits who take the form of birds.

Initially, Audrey is sure the girls are being abducted, but as events accumulate she begins to wonder if something else is at work. Something which may be linked to the death of her own mother, many years before.

24 year old Audrey, leaving London and its problems behind her, travels to Skye alone to be interviewed for Miss Buchanan’s assistant to help her in her quest to collect folk stories.  Audrey is emotionally invested in both the place and the folk stories as both are connected to her late mother.  Socially inept and finding small talk difficult, she’s become rootless since her mother’s death and needs to find her tribe.  But is that on Skye?

From the beginning there is a foreboding, a sense of doom and a ‘heavy’ atmosphere as Audrey journeys by boat to Skye … which continues throughout the story, almost becoming a character in its own right.  I loved the isolation and the harshness of the climate around the Buchanan Estate and villages and thought Anna Mazzola used this to full effect.  I fell under its spell.

I felt as if I were viewing everything that happened through a veil – or a Neptunian lens – not knowing whether I could trust my own judgements.  However it was obvious that the abuse of power (and even acceptance in 1857) had a part to play in more than one instance.  I was suspicious of a couple of characters but not for one moment did I think one character in particular was so out of touch with reality.  Once we know for sure, when all is revealed in both London and in Skye, I felt stripped raw.

The final twist was a shock! I really didn’t see that coming.  I’m good at picking up clues but not this time.  Very well hidden 🙂

The Story Collector is a story of intrigue, suspicions and lies.  The pace is perfect for the underlying themes, the time and place.  There’s plenty of tension in this Gothic novel and if you like the original, dark, fairy tales then you’ll want to be adding this one to your wishlist.

Read all posts in the historical fiction genre on Jera’s Jamboree. 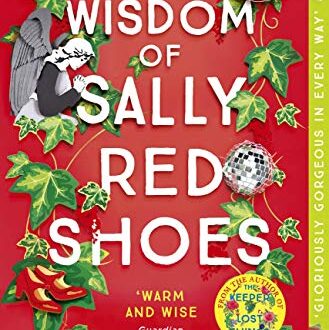