We’re delighted to be sharing Laura’s thoughts for A Phoenix Rising by Vivienne Brereton.

Check out Vivienne chatting about A Phoenix Rising, the first book in The House of the Red Duke in my recent Q&A.

“If I have anything to do with it, we Howards will live forever.” Thomas Howard Charismatic head of one of the most powerful Houses in Tudor England. An indomitable old man approaching eighty: soldier, courtier, politician, a ‘phoenix’ rising from the ashes. After a calamitous period of disgrace, the Howards, renowned for their good looks and charm, are once more riding high at the court of Henry VIII. Set against the backdrop of the extraordinary 1520 ‘Field of Cloth of Gold’, it is a tale of ambition, love, and intrigue, with Thomas at the centre of this intricate tapestryWill Thomas’s bold vow be fulfilled? Danger stalks the corridors of the royal courts of Europe. Uneasy lies the head beneath a crown. Every other ruler – a fickle bedfellow…or sworn enemy. The action takes place in England, Scotland, and France. On either side of the Narrow Sea, four young lives are interwoven, partly unaware of each other, and certainly oblivious to what Dame Fortune has in store for them. “Nicolas de La Barre laid his lute to one side, hardly bothering to stifle a yawn of boredom. Nevertheless, he couldn’t escape the fact he’d agreed to take on a new wife….” Explosive family secrets are concealed behind the ancient walls of castles in three lands. But… “There are no secrets that time does not reveal.”

A Phoenix Rising by Vivienne Brereton is available to purchase in digital and paperback formats. | Amazon UK | Amazon US |

A wonderful start to this series.

A Phoenix Rising is based around Thomas Howard, head of a prominent house in Tudor England. Set between 1497 and 1520 and among 4 different European courts; England, Scotland, France and Hapsburg.

A turbulent time in history among the courts as houses rise and fall. Thomas the main character has seen many rulers of England, Scotland and France since his birth and there seems a necessity to succeed by having an ability to adjust with each ruler, as Henry VIII was vastly different to his father.

A fascinating read including the magnificent festival Henry VIII attended, ‘The Field of Cloth and Gold’.

I loved all of the details Vivienne Brereton brought to this book, as I was transported back to the Tudors. My favourite was when Cecily and Nan used apples to predict the initials of their future husband and cherry stones to sing tinker, tailor, soldier, sailor. I remember playing this as a child and it fascinated me with how and why language is passed on through the generations.

Each character brings a different glimpse into this time. I enjoyed Thomas Howard’s inner thoughts about Wolsey (snake) and friction between Nicolas and Tristan. It was interesting to hear more about the French court as I have mainly read from the English perspective.

Within this book are tired and tested medieval recipes including apple sauce and gingerbread. I was enchanted by these additions and look forward to experimenting with some.

I thoroughly enjoyed this book as I love to learn more about this period and great for fans of Phillippa Greggory.

I’ve always loved the Tudor period from a very early age and have a degree in medieval history. I’ve lived in six different countries in my life and soaked up the history in each one. I now live in France which made writing about three different countries much easier. I’m married with three sons so plenty of scope for the Nicolas and Tristan characters in my novel! Anne Boleyn was the only character I found slightly elusive. All the others were so vivid I had no problem getting into their heads. Of the kings, James IV was my favourite. After all my research on him, I’d like to think I did him proud. All were brilliant men. Renaissance men. So cultured. What would they make of our royals today? Harry could easily pass for Henry’s naughty little brother. William is more like Prince Arthur, the lost Tudor heir. Not sure Henry would have much time for Charles though. Find me on my website and connect with me on Twitter @VivienneBreret1. 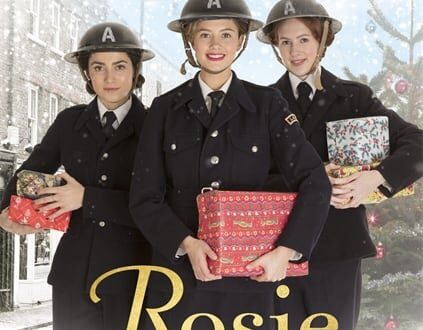