We’re delighted to be sharing Laura’s thoughts about Bad Island by Stanley Donwood.

Bad Island by Stanley Donwood is published by Penguin and is currently available to purchase in digital and hardcover formats.

From cult graphic designer and long-time Radiohead collaborator Stanley Donwood comes a starkly beautiful graphic novel about the end of the world.

A wild seascape, a distant island, a full moon. Gradually the island grows nearer until we land on a primeval wilderness, rich in vegetation and huge, strange beasts. Time passes and man appears, with clubs, with spears, with crueller weapons still – and things do not go well for the wilderness. Civilisation rises as towers of stone and metal and smoke, choking the undergrowth and the creatures that once moved through it. This is not a happy story and it will not have a happy ending.

Working in his distinctive, monochromatic linocut style, Stanley Donwood carves out a mesmerising, stark parable on environmentalism and the history of humankind.

Stanley Donwood’s strikingly beautiful graphic novel depicts the harsh reality of the destruction of ourselves and our environment.

Using 80 frames of linocut artwork to portray the passages of time including an empty island, the beginning of prehistoric creatures, their demise, humankind, war, deforestation and extinction.

Thought-provoking prints leads the reader to think about the situation we live in now and the pressing need for us to protect our planet.

After the destruction of humankind the ending seems to represent nature beginning again and thriving.

An interesting book to reflect upon.

Stanley Donwood is a graphic designer, artist and writer. He has worked with the British band Radiohead since 1994, producing the artwork for all their albums and promotional materials. He is also the author of numerous books including Catacombs of Terror!, Slowly Downward and Small Thoughts. His collaboration with Robert Macfarlane, Ness, was published in November 2019. 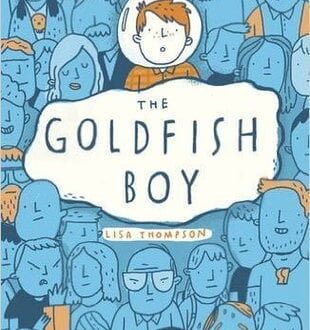