I loved the unique story in The Summer of Impossible Things (it was one of my top reads in 2017) and couldn’t wait to lose myself in The Girl at the Window.  This was a quick read for me as I had to pick it up at every chance because I was so absorbed in the story.

A house full of history is bound to have secrets…

Ponden Hall is a centuries-old house on the Yorkshire moors, a magical place full of stories. It’s also where Trudy Heaton grew up. And where she ran away from…

Now, after the devastating loss of her husband, she is returning home with her young son, Will, who refuses to believe his father is dead.

While Trudy tries to do her best for her son, she must also attempt to build bridges with her eccentric mother. And then there is the Hall itself: fallen into disrepair but generations of lives and loves still echo in its shadows, sometimes even reaching out to the present…

A hauntingly beautiful story of love and hope, from the Sunday Times bestselling author of The Memory Book and The Summer of Impossible Things.

The Girl at the Window by Rowan Coleman is published by Ebury and is available to purchase in digital, paperback and audiobook formats.

Old properties often have their own stories of legends, myths and ghosts and Ponden Hall did not disappoint.  The first foundation stone was laid in 1540 by a Heaton but the historical event that Trudy is compelled to find the truth about takes place in the mid 1600’s.  Alongside this is the mystery of Abe and his disappearance while on a mission in Peru.

Ponden Hall is a place where Trudy truly belongs and her return after a 16-year absence is a decision she’s made to be able to gain some comfort.  But things are very different than the peace and quiet she was expecting at Haworth…  Ponden Hall is a character in its own right, offering up its secrets when the time is right.  Some of the scenes gave me goosebumps and raised the hairs on the back of my neck!  There are also scenes that made me hold my breath at Castle Ellis.  Awesome.

I loved the format in this story.  Letters take us back to the mid 1600’s, we’re also taken back to when Trudy and Abe first met and their love story weaves in and out of present day.  Another key part to the story is Trudy’s relationship with her mum.  This broke and soothed my heart in equal measure.

The Girl at the Window weaves fact and fiction.  It is a story about the unbreakable bonds of unconditional love and how much power and energy that has to transform and heal across time.  It’s about the sorrow of misconceptions and ultimately the healing of emotional pain.  A love story with a difference.

Rowan Coleman lives with her husband, and five children in a very full house in Hertfordshire. She juggles writing novels with raising her family which includes a very lively set of toddler twins whose main hobby is going in the opposite directions. When she gets the chance, Rowan enjoys sleeping, sitting and loves watching films; she is also attempting to learn how to bake.

Rowan would like to live every day as if she were starring in a musical, although her daughter no longer allows her to sing in public. Despite being dyslexic, Rowan loves writing, and The Memory Book is her eleventh novel, which was chosen as a Richard and Judy bookclub selection in 2014. Others include The Accidental Mother, Lessons in Laughing Out Loud and the award-winning Dearest Rose, a novel which lead Rowan to become an active supporter of domestic abuse charity Refuge, donating 100% of royalties from the ebook publication of her novella, Woman Walks Into a Bar, to the charity.

Rowan does not have time for ironing. 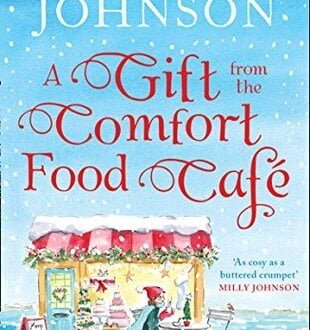 Romance | A Gift from the Comfort Food Café | Debbie Johnson 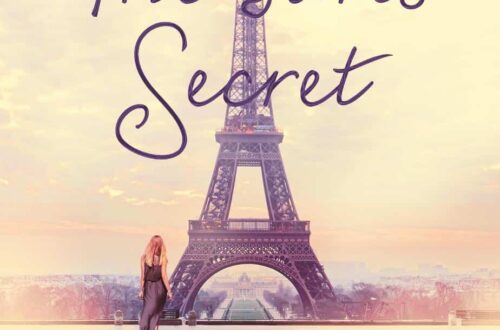