We’re delighted to be sharing Laura’s thoughts for Shed No Tears by Caz Frear on the Compulsive Readers tours.

Shed No Tears by Caz Frear is published by Zaffre and is available to purchase in digital and paperback formats.

Christopher Masters, known as ‘The Roommate Killer’, strangled three women over a two-week period in a London house in November 2012. Holly Kemp, his fourth victim, was never found.

Her remains have been unearthed in a field in Cambridgeshire and DC Cat Kinsella and the Major Investigation Team are called in. But immediately there are questions surrounding the manner of her death. And with Masters now dead, no one to answer them.

Did someone get it wrong all those years ago? And if so, who killed Holly Kemp?

A wonderful crime novel and one I didn’t guess the ending, a definite win for me!

DC Cat Kinsella investigates a cold case as the remains of Holly Kemp are found in a field in Cambridgeshire. She went missing 6 years previously and it was assumed that ‘The Roommate Killer’ murdered her.

Unfortunately the killer, Christopher Masters has since died so Cat and her team have to investigate looking at different connections to the victim.

Lies and deceit are soon discovered surrounding this case and I thoroughly enjoyed the police procedural throughout this book. The characters have great chemistry with each other and even though this is part of a series, I didn’t struggle to keep up.

A gripping read with a shocking ending.

Caz Frear grew up in Coventry and spent her teenage years dreaming of moving to London and writing a novel. After fulfilling her first dream, it wasn’t until she moved back to Coventry thirteen years later that the writing dream finally came true. She has a first-class degree in History & Politics, which she’s put to enormous use over the years by working as a waitress, shop assistant, retail merchandiser and, for the past twelve years, a headhunter. When she’s not agonising over snappy dialogue or incisive prose, she can be found shouting at the TV when Arsenal are playing or holding court in the pub on topics she knows nothing about. Twitter @CazziF 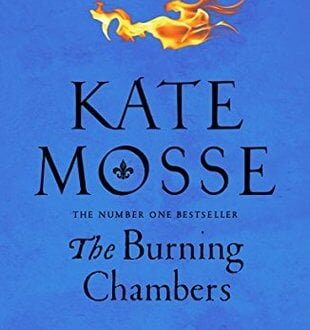