We’re delighted to be sharing Elena’s thoughts about Reviving the Hawthorn Sisters by Emily Carpenter.

Prices pulled from the Amazon Product Advertising API on:

Product prices and availability are accurate as of the date/time indicated and are subject to change. Any price and availability information displayed on [relevant Amazon Site(s), as applicable] at the time of purchase will apply to the purchase of this product.

Dove Jarrod escapes from the psychiatric hospital she was born in, eventually finding work as a faith healer and one half of the infamous Hawthorn Sisters, who would perform shows and miracles in the 1930s to rapt audiences.

Eve is her granddaughter. Eight years after her death and she is the keeper of a huge secret that Dove disclosed to her before dying. She has devoted her life to working for Dove’s charitable foundation but whilst working on filming a documentary about her, Eve is assaulted by a shadowy figure who threatens to reveal Dove’s darkest secret unless Eve brings him a valuable coin which was in Dove’s possession. Eve has no idea where it is but it’s a race against time to find it and in the meantime she discovers things about her grandmother which change the way she has always seen her.

The chapters alternate between the early 1930s and the present day.

We see life from Dove’s point of view and the difficulties she faced escaping the psychiatric hospital and trying to forge a life for herself by eventually becoming one half of the Hawthorns.

In the present day we follow Eve as she investigates parts of her grandmother’s life she was never aware of.

The switching between eras was seamless and intriguing.

The story was fascinating and mysterious. I loved the subject matter of faith healing and how people were in awe of healers.

At first I didn’t know which direction the book was going in but it slowly built up into a page-turner, full of suspense and darkness, atmosphere and threat.

I loved Dove’s character and could understand entirely why she became what she did. Life was hard in Alabama back then and women were treated like second class citizens so she absolutely made the most of her situation.

Reviving The Hawthorn Sisters is a surprisingly addictive and entertaining read!

Raised in Birmingham, Alabama, Emily Carpenter is the bestselling author of Burying the Honeysuckle Girls, Every Single Secret, The Weight of Lies, and Until The Day I Die. Her books have sold over 290k copies worldwide. Emily began her career working as an actor, screenwriter, producer and behind-the-scenes soap opera assistant before becoming an author. Emily holds a BA in Communications from Auburn University. You can learn more about Emily at www.emilycarpenter.com. Twitter @EmilyDCarpenter 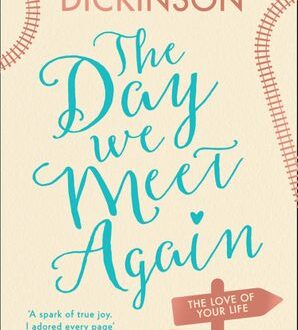 Fantasy | Heart on Fire by Amanda Bouchet (The Kingmaker Trilogy)